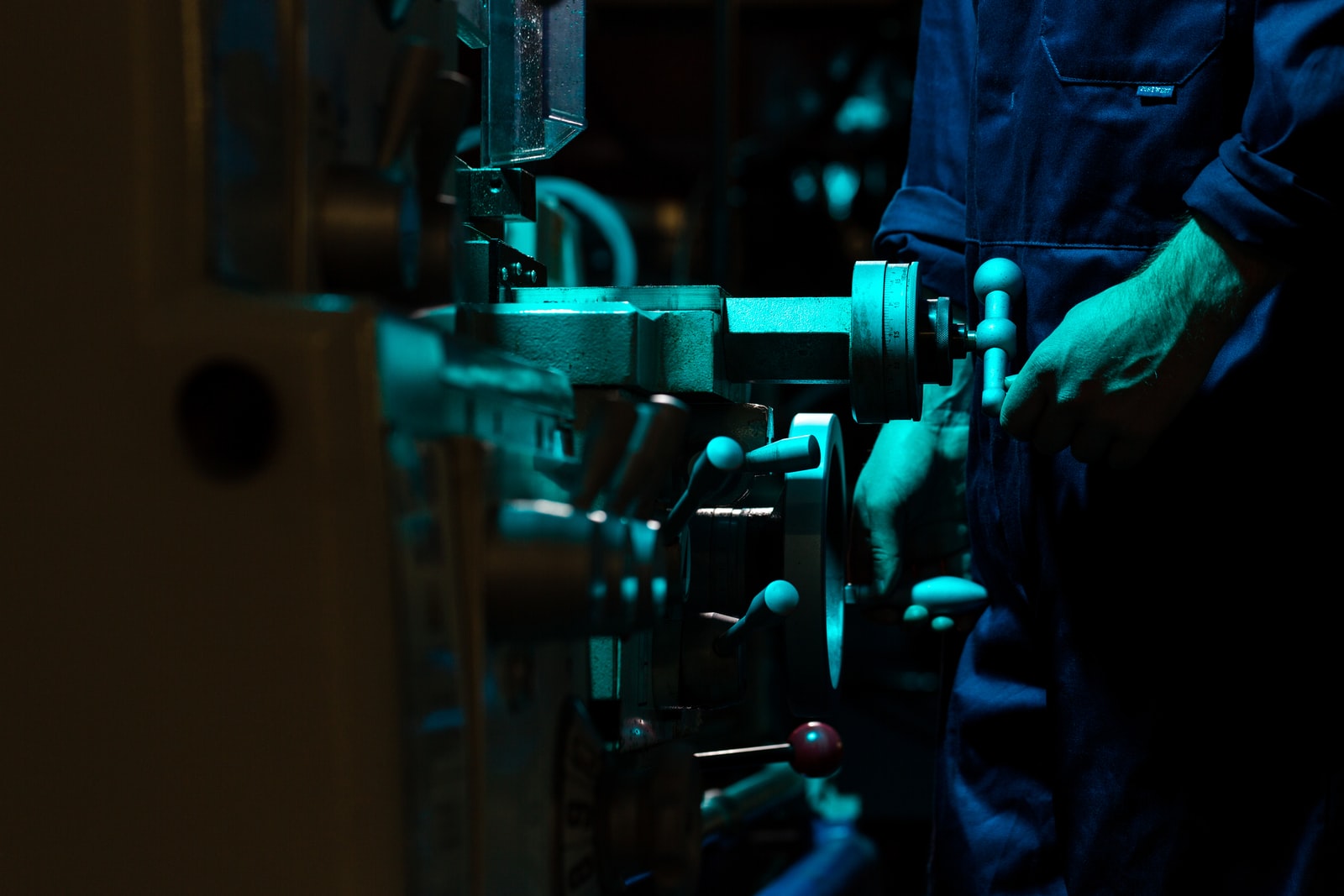 It must be realized that there are many factors that affect the performance of the building.  Visible cracking can be caused by shrinkage of roof timbers, crazing of plaster, expansion of brickwork (brick growth), and shrinkage of concrete, as well as the most commonly attributed cause, viz.  soil movement.

Generally, minor cracking is of no significance and will not detract from the performance or durability of the building.  It is uneconomical if not impossible, to eliminate all such imperfections and they must be considered as “settling in” movements common to most newly completed dwellings.

It is generally recommended that masonry walls ( and in areas of very high soil movement, also timber-framed walls ) be articulated at all or some openings.  Articulation involves the incorporation of movement joints at doors and windows.  The location of any mandatory control joints will be given in the Footing Construction Report together with the required details needed for correct implementation.

This provision for relative movement applies to all work including floors, tiling, wall and ceiling fixtures, roofing etc. It should also be borne in mind that the environmental influence caused by the construction of an extension to an existing house may cause some cracking in the original house superstructure. This cannot be prevented.

Unless approved otherwise service trenches must be positioned so that the distance between the trench and the edge of the footing is not less than the depth of the trench.

If this cannot be achieved the Engineer must be notified BEFORE footing construction commences so that appropriate amendments can be made to the footing design.

Failure to resolve this matter before footing construction may force a requirement to underpin the footing before sewer drain excavation can be commenced.

In foundation soil profiles where the potential for surface soil movement (Ys ) is greater than 70mm then the plumber/drain-layer must provide sufficient approved expansion/contraction couplings in the sewerage pipework system to allow for the anticipation movement.

Service penetrations are permitted through footings subject to the following requirements:

1. Plumbing “Sleeves” shall desirably be placed at the mid-depth of the footing beam and a minimum of 50mm cover shall be provided between the sleeve or pipe and the reinforcing steel. Where this is not achieved the following must be done.

a) Provide additional reinforcement so as to match the number of bars in the beam correctly placed with a 50mm cover and lapping 50 bar diameters on either side of the sleeves.

b) Where the sleeve is close to the bottom reinforcement additional excavation must occur below the pipe and the bottom rods placed and lapped so as to provide the correct cover to both the base of the trench and the pipe sleeve.

IT IS GENERALLY UNACCEPTABLE TO HAVE PIPES PLACED BETWEEN AND PARALLEL TO REINFORCEMENT ALONG FOOTING BEAMS. WHERE THIS CANNOT BE AVOIDED ADDITIONAL STEEL AS DIRECTED BY THE ENGINEER MUST BE PROVIDED.

2. Where pipes pass through a footing beam they must be wrapped in 25mm thick ” Foamlag ” or similar material approved by the Engineer so as to allow relative movement between the footings and the pipes.

3. All sewer trenches both within and outside the perimeter of the house must be carefully

pipework or fittings during the compaction process.

1. Concrete pavements shall have a thickness of not less than 75mm. Where the internal soil the classification given in the Soil Borelog is 2000 or greater it is recommended that concrete paving be reinforced with F62 fabric in a single top layer, placed 30mm from the finished surface.

2. Control joints shall be provided in accordance with the enclosed standard derail.

3. Pavements shall be not less than 900mm and preferably 1.2m in width and shall have a cross fall of not less than 35mm per 1m width unless noted otherwise (see 4. below).

4. Where the estimated free soil swell ( Ys ) is in excess of 40mm it is recommended that paving be constructed at the end of winter when the site soils are wet so that cross falls constructed in the paving will not reduce. It is important, however, if the house is occupied during the winter period and no paving is provided, that the soil surface around the perimeter of the house is maintained in a well-drained stare until such time as paving is installed.

If on these soils, it is necessary to construct paving at other times of the year, e.g. the end of summer, the cross fall provided should be not less than 70mm.

5. Paving shall be constructed on a firm clean base. Ensure that all building debris is removed from the perimeter of the house, Provide a compacted quarry rubble base of necessary to elevate paving and achieve the necessary cross fall.

6. The paving shall not be constructed above any damp-proof course of built-in damp-proof

membrane. (Refer to the standard detail for the appropriate footing type for a typical detail of the

junction between the pavement and the footing)

7. On sites with reactive soils it may be found that paving separates horizontally from the perimeter of the house. It is important that any gaps which occur between the pavement and footing be immediately sealed with a flexible mastic sealant or expanding foam type purpose-made joint backing material.

8. Refer to the “Earthworks ” section of notes, in particular, “Standard of Compaction”, clause 2 (b) for special paving requirements of a cut/fill site.

Because differential moisture variation ( i.e. wetting or drying ) is the main cause of vertical movement on clay soils the achievement of effective drainage is of utmost importance. It reduces the chance of footings having to cope with extremes of soil movement.

The following list covers the common causes of moisture variation.

2. Downpipes discharging too close to the house

3. Sloping sites and inadequate falls away from the dwelling causing water to pond or collect close to the house

4. Seepage on sloping sites caused by water travelling on the topsoil – clay interface. Cut off drains are required in this situation

5. Garden or lawn watering immediately adjacent to the footing. As a general rule, this is not

7. Flooding during a house construction

1. The non-provision of paving particularly on the north and west sides of the house coupled with the non-establishment of a garden particularly front and rear lawns).

2. A change from an established garden situation to a native garden coupled with a substantially

3. The most common cause of soil drying is trees being planted too close to the house. Single trees should be planted a distance from the house equal to the expected mature height of the tree. Where there is more than one tree in a row or group this distance should be increased to one and a half times the maximum mature height of the largest tree in the group.

In order to control the above factors the following work must be undertaken:

1. Establish lawns and gardens around the house as soon as possible following handover and

certainly within 6 months of occupation of the house.

2. Ensure all roof stormwater is discharged to the street where possible or alternatively discharged on the low side of the site not less the 6m from the house, but not so as to concentrate a flow of water onto neighbouring property.

(If the Engineer has been engaged to prepare a Site Drainage Plan, it will show such information)

3. After footings have been completed the site surface adjacent to the footings must be graded by additional cutting and/or filling to achieve a positive surface gradient of not less than 1 in 10 away from the footing for a distance of not less than one metre. The channel so formed must be graded turn so as to discharge ALL RUNOFF away from the house areas. Generally, any cut area shall be drained via a surface drain at the base of the cut embankment discharging to the low side of the site.

On steep or large sites where a significant catchment area is a present uphill from the house, a surface drain must also be constructed across the top of the embankment (refer to standard detail).

Water MUST NOT POND within surface footing beams or adjacent to perimeter footing. If this occurs water must be drained out immediately and the above grading and drainage implemented at once.

Where specified in the recommendations subsoil agricultural drains shall be installed as shown on the site drainage plan and in accordance with the enclosed standard detail.

NOTE: Potential seepage or subsoil drainage problems cannot always be recognised from the results of a domestic site investigation. All the potential problems with respect to subsurface water flow or seepage may not be evident until after the site has been occupied for the first winter.